Odessa is such an amazing city with endless tourist attractions and sightseeing, a vibrant urban atmosphere and a shabby, hypnotic and modern décor. The beauty of this amazing European harbor is reflected in its French and Italian style architecture, bohemian charm and contrasting cultural mixes. When you’re visiting the city for the first time, you are fascinated by the blend of leafy streets, sandy beaches, warm Mediterranean climate and by the Odesans themselves –  ‘…a breed apart …stylish, cultured, funny, savvy and not easily impressed’ (Lonely Planet).

If you want to discover the best parts of Odessa and admire its wonderful attractions then you should include the below places on your itinerary.

Odessa Opera House is one of the most remarkable theaters in Europe. The initial building was constructed in 1810, but it was burned down in 1873. The Opera House as it can be seen today was rebuilt in 1887 in the Viennese Barocco style. Only in 2007, the Odessa Opera Theater was fully restored. The thing that is so special about this building is its amazing acoustics. Even the quietest whisper from the stage is propagated to any part of the hall in its clearest form. Forbes Magazine acknowledged in 2008 the Odessa Opera Theater as one of the most exceptional 11 Eastern Europe attractions.

Named after the rebellious battleship Potyomkin- for those who arrive on the sea- the Potemkin Stairs represents the entrance into the city. The stairs were built from 1837 to 1841 following the plans of the architect F. Bofford. These lead travelers and locals from the Prymorsky Boulevard to the famous Duke de Richelieu monument. The Potemkin Stairs include 192 stairs that are grouped in ten flights flanked by a two meters thick wall. The difference between the lowest stage of 21.6 m and the highest one of 13.4 m creates an optical illusion that accentuates the dimensions of the monument. 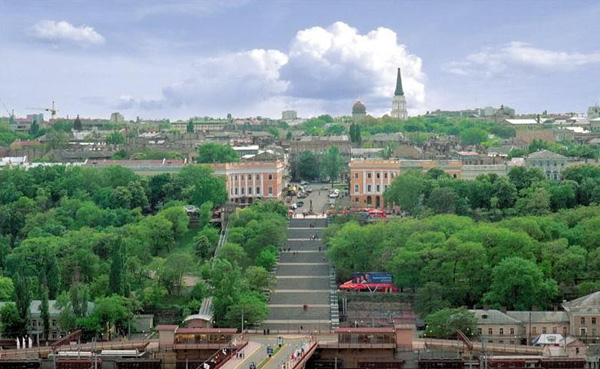 Laokoon is the Greek pagan priest and this iconic sculpture can be seen in front of the archaeological museum in Odessa. Apparently, he was punished by Poseidon, the sea god, with a rain of snakes. The sculpture located in Odessa is actually a copy of the one that is found in Vatican. Also, there is a very famous painting named “Laokoon” by El Greco which is hosted by the museum of Washington. 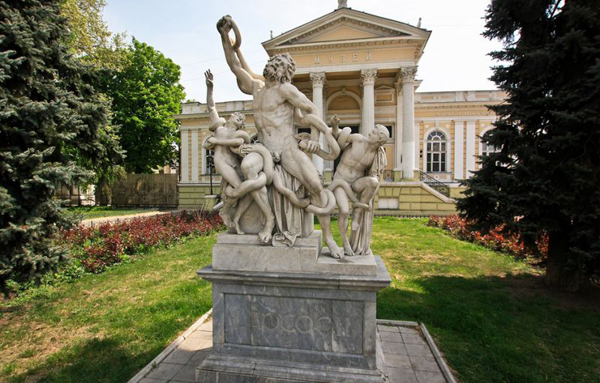 The Odessa Philharmonic is located now on the former site of Odessa New Stock Exchange. This historical monument was inaugurated in 1899 and it was designed by the well-known Italian architect Marion Bernardazzi. The beauty of the building is that it represents a mix of both Odessa architectural character and Venetian Gothic style. 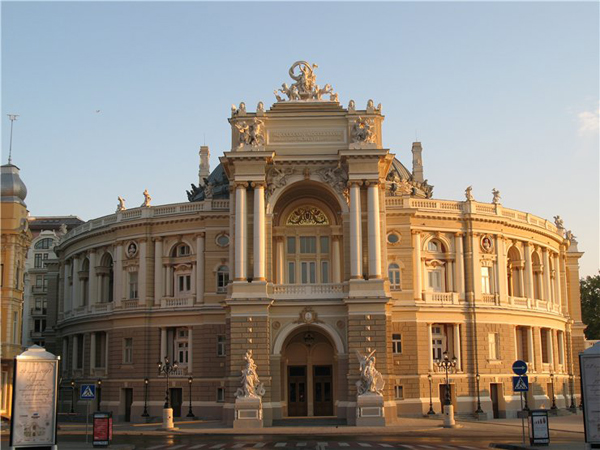 Only one year after Odessa was founded, the Nickolayev church was constructed in Sobornaya square and this cathedral was meant to be one of the largest religious buildings in Russia. It measured over 100 meters long and 50 meters wide.  With an amazing capacity of more than 10,000 people, it was the pride of Odessa. Sadly, in 1932 it was shut down and the Sobornaya square was renamed Soviet Army square. Locals have never accepted this name so in 1936 Stalin decided to punish the people by ordering the demolishing of the Cathedral. The building was dynamited during the night. Attached to their glorious church, in 1999 Odesans begun rebuilding the Cathedral.